About the Australasian Association of Yoga Therapists

Australasian Association of Yoga Therapists is an industry organisation which:

The AAYT represents the interests of its members by:

The AAYT is a ‘not for profit’ organisation incorporated under the Victorian Associations Incorporation Reform Act 2012 (the Act). 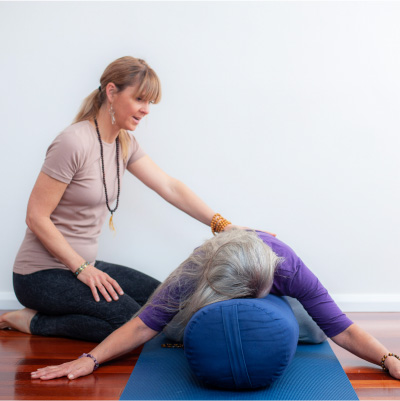 The Australasian Association of Yoga Therapists (AAYT) is an industry organisation which seeks to promote the science, art and practice of yoga as it contributes specifically to the management of personal wellbeing and healthcare.

AAYT aims to seek recognition and respect for the therapeutic potential of yoga within western and complementary health systems.

We are an independent, Not-for-Profit, Australasian, Yoga-Therapy centered body, representing many traditions.

AAYT is a professional body dedicated to its members, supporting them to deliver effectively though best practice education.

AAYT is a lead authority in Yoga Therapy charged with accrediting Training Providers and recognising qualified Yoga Therapists. Our vision is to maintain, communicate, protect and support the highest quality practice in Yoga Therapy, unifying and connecting with practitioners, locally and globally.

Meet the AAYT Accredited Yoga Therapists  on the current Committee who volunteer their time and experience in delivering the Association’s aims and  Member interests. More information about each Committee Member can be found on the ‘Find a Therapist’ listing.

The AAYT Council of Advisors is an honorary group of respected leaders in the fields of Yoga, Yoga Therapy, and Integrative Health Care.

The AAYT Council of Advisors has been established to:

The AAYT acknowledges and thanks the following advisors for their involvement:

Affiliation with the International Association of Yoga Therapists (IAYT), based in the USA, was established at the outset. AAYT was an early initiator of Education Standards for Members which were shared with its IAYT counterparts,

Many dynamic members have come on to the Committee bringing a broad spectrum of skills and have contributed valuable time and energy in establishing and enhancing the ongoing operations of the Association.

The Members’ collective efforts are the foundation of the Association and evidenced in such things as:

A turning point in the history of AAYT was in March 2015 when there was major consideration of a merger with Yoga Australia and it was put to the membership, proposed as a vision to bring the whole Yoga movement together under one umbrella. In 2016 the AAYT membership moved to retain the organisation, refuting the dissolution of AAYT. During this time the organisation demonstrated that the members were in control by resisting a top down approach and sustaining the democratic foundation of the membership. It was at this time that numerous players came to the fore in expressing clear views for retaining a unique Yoga Therapy body, to independently represent the profession of Yoga Therapists.

Since 2015, the evolution of AAYT has been very positive in bringing clarity of purpose and a strengthening of AAYT’s role within the yoga therapy community. The Australasian Association of Yoga Therapists (AAYT) continues to grow Membership and representation of Yoga Therapists and accreditation of high quality Yoga Therapy training programs that meet the AAYT Education and Practice Standards.

Keep up to date on our latest news and events by subscribing to our email newsletter.

Follow us on social media to stay connected with AAYT.